Today’s blog is sponsored by Daren Fasey, as thanks for baling us out with a blip at home yesterday.

We have been in Camping Blednow for 48 hours and a jolly nice place it is too for not doing too much but having a good time. It is so nice in fact that we have decided to stay for three nights, the longest we have stayed anywhere so far. The owners have spent a lot of money in the last six months or so. The shower blocks have all been refurbished or rebuilt, new electric hook-ups have been laid and more hard standing pitches created. The site is really filling up too as today is the first day of yet another German public holiday weekend and also the beginning of their two-week school spring holidays, so the air is full of the sound of youngsters having a good time.

Since our eventful drive here (see the last post) we have been busy pottering, doing some essential repairs to the wing mirror, thanks to the satnav adventure, unblocking the sink overflow (I discovered a few new life forms in the process) and generally taking a breather. 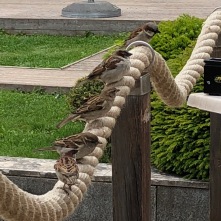 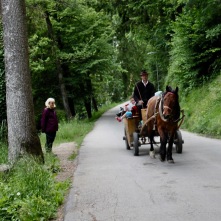 Yesterday we attempted to climb up to the castle that overlooks the lake only to get to within touching distance of it and finding a notice saying that the path from here on was shut due to maintenance. I managed to scramble up to find a rock that had a good view of the lake and the island. Today we climbed the hill via a path that went up the other side of the cliff. We paid our €11 and entered Slovenia’s most visited attraction, Blejski Grad or Bled Castle. It is a very picturesque building that goes back to the early 11thcentury, built on an unassailable outcrop of rock; however at the moment it is a mess inside. Half of the public areas are being repaved or restored in some other way, which severely hinders your access to see the great views. At the same time they have managed to give unfettered access to the commercial outlets, the café, the souvenir shop, the wine cellar and the commemorative bookmark printers. Feeling a little swindled, we marched back to the campsite as Wendy had an urgent appointment with a television at noon. 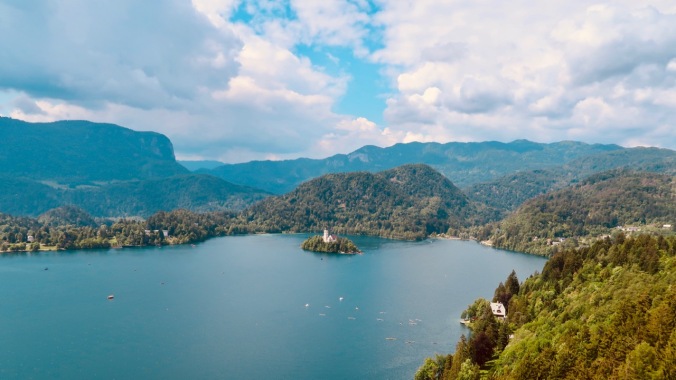 Our campsite is just to the left of the island

At the moment I am sitting under the awning enjoying a thunder storm with tremendous hail and rain so overjoyed are my raincloud followers to find me once again. It is a bit of a shame because there is a national junior rowing event on the lake and competitors and their parents and coaches have come from clubs across Slovenia. It is like being in the middle of a regatta at Weymouth only in prettier surroundings

We were planning to visit Slovenia’s other famous lake, Bohinj and take in the Soca Valley but, it is hard to believe, we don’t have the time this trip. Instead we are moving on tomorrow to Pivka Jama, a site that has been recommended by Daren. We are going to satisfy my inner speleologist.