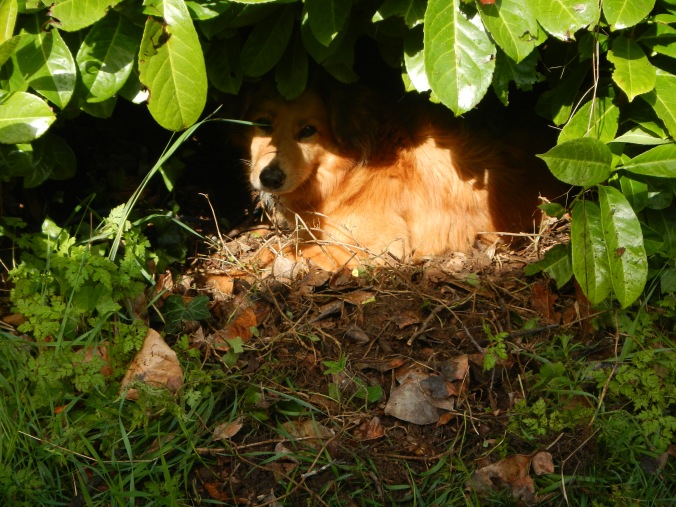 Jumped out of bed this morning and amazed that my legs felt fine. They were still fine after our 40 minute walk to the boulangerie to buy today’s baguette and because it is Sunday a couple of pastries. However when I jumped on the bike again just south of Morlaix I found out where my cycling muscles were and they were still having a lie in.

It didn’t help that the first 45 minutes were all up hill. It was one of those nasty relentless gradients where you find you have to keep changing down a gear until you realise that you are in the bottom gear and think why didn’t I bring my mountain bike instead of this effete hybrid!

Pretty much all of today’s route followed the path of an old railway, which closed in 1967. It only opened in 1892 and at the time was they only means of communication between Carhaix and Morlaix. It was just like the Tissington Trail, but quieter, longer and much more hilly. The Breton trains must have had toothed wheels. The more popular parts of the track, either side of the old stations that are now visitor centres, were surfaced with crushed limestone. The rest was muddier and in some places grass was growing across the track. Last night’s heavy rain and made this really clarty. Sticky going up and slippery going down. I probably saw no more than 40 people along the whole track. This included a group of ten cycle tourers from Plougasnou who were on a five-day tour and carrying all their luggage with them. I felt very much out of my league when they proudly told me they were all over 65. 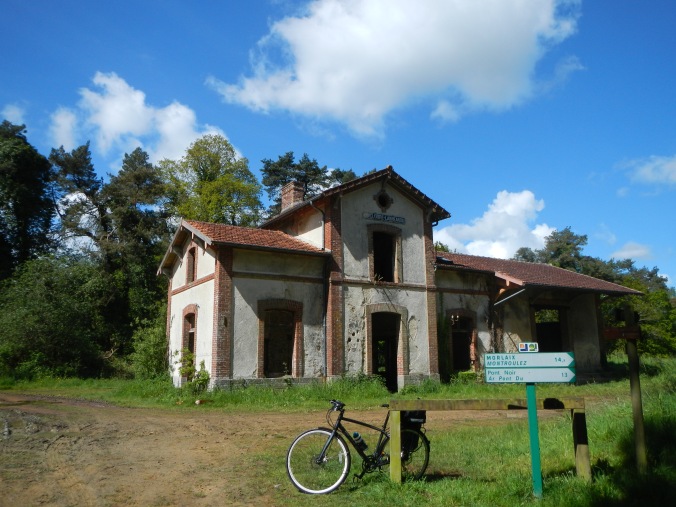 Today’s campsite is brought to you by the courtesy of Carhaix Town Council as we are camping at the municipal campsite just to the west of the town in a quiet leafy valley by the river Hyere and it is only €14 – cheaper than the car park at Le MSM.

We have just opened a bottle of cidre from the farm we stayed at last night. I resisted explaining that I too am a cider producer and did she want to compare notes? 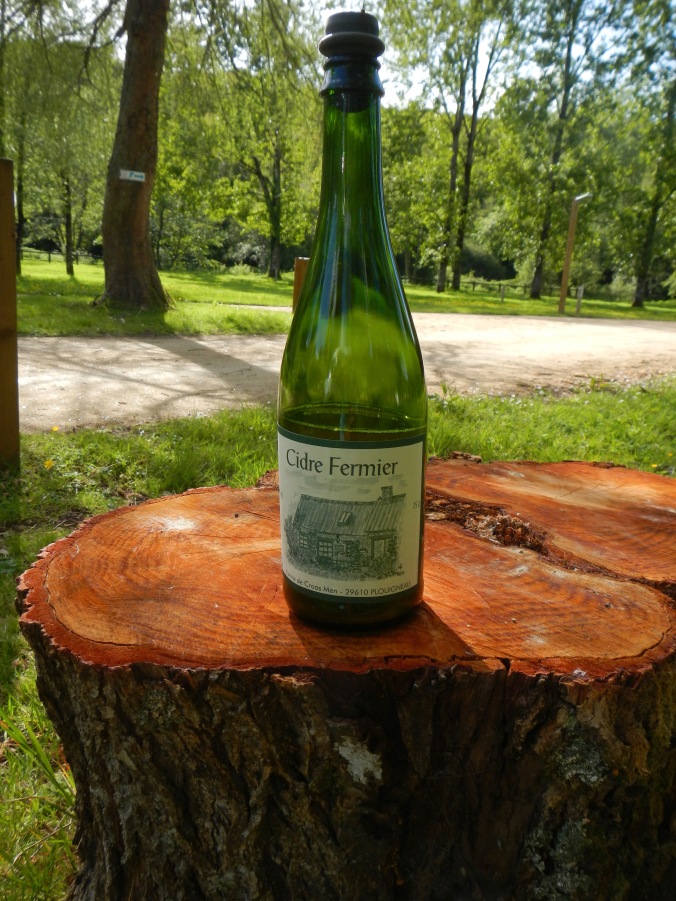 I have got a feeling it is going to be an early night tonight. This cycling business is getting to me.

2 thoughts on “Carhaix here we come”