The Gabba is Brisbane’s most iconic sports ground, the traditional home of the first test against a touring England cricket team. However the Australian cricket season is over until October so bring on the Suncorp Stadium. The Suncorp Stadium at Lang Park is the home to the Brisbane Roar soccer team and the Queensland Reds rugby union team, but more famously it is the home of the Brisbane Broncos rugby league team. 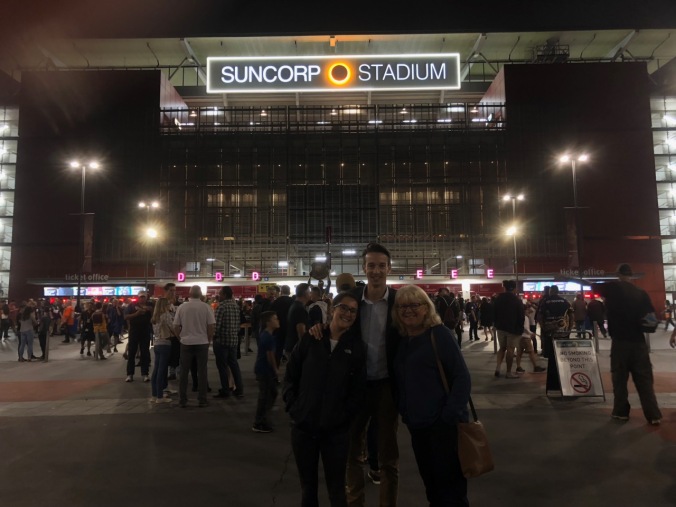 There had been thunder and lightning all afternoon and the occasional heavy downpour. By the time we met Ant at a gnocchi restaurant in the shadow of the stadium it had cleared up. As we walked to the ground, the atmosphere was electric, there were people arriving from all directions and the roads around the stadium were closed. Brisbane has the farsighted policy of giving free travel on all public transport to all ticket holders for events at Suncorp. On the forecourt outside the Australian Defence Forces had an exhibition and a recruitment campaign and there were stalls selling team merchandise and food and drink. 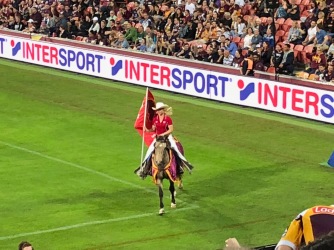 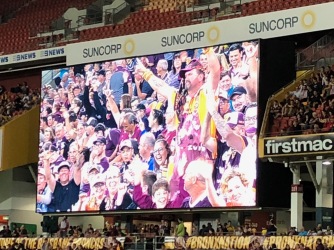 All stadiums should be built this way. Inside the stadium underneath the stands it was spacious with plenty of bars and when we took our seats it was clear there wasn’t a bad seat in the house. The seats were comfy and even had a cup holder in the arm for your beer. There was no segregation of the supporters, there were Storm and Broncos fans sitting next to each other all around the stadium. The Brisbanites know how to put on a show; there were cheerleaders, mascots, flamethrowers and even Buck the horse who lapped the pitch every time the Broncos scored. 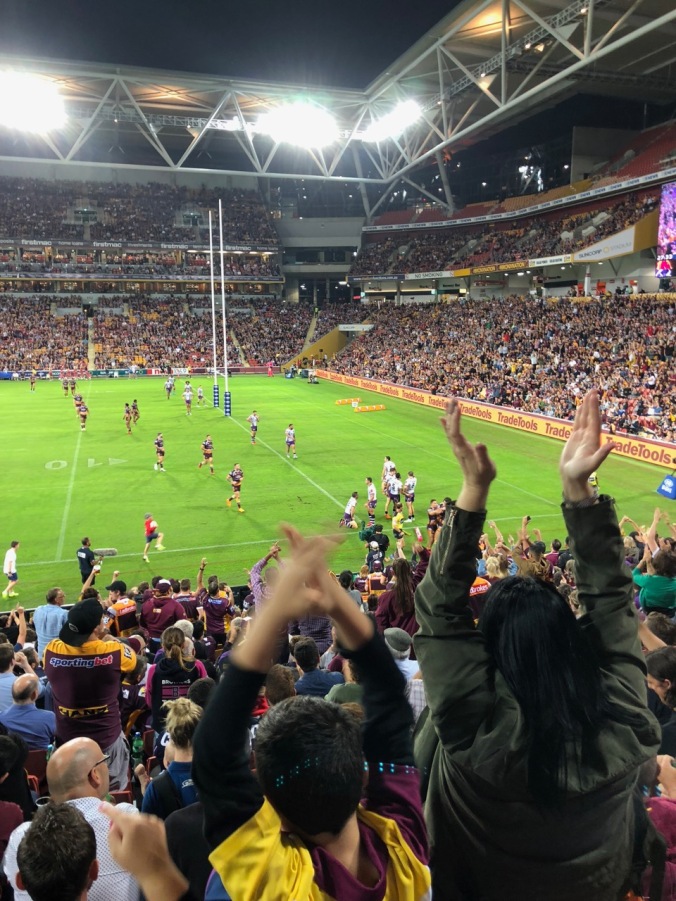 We stil have hope!

The match was great, the two teams were at the top of their game, but the Broncos made more mistakes and the Storm ended up victorious by 34 points to 20. The defeat didn’t matter as we had seen, what Fox News later described as, the match of the season. Yet another memorable day in paradise.

2 thoughts on “Friday Night at the Broncos”